To the 58th International Anti-War Assembly 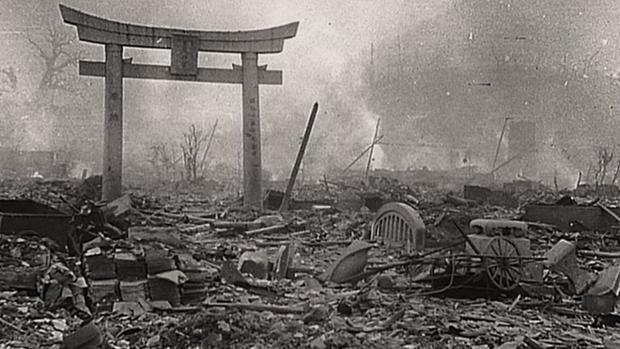 On the anniversary of the atomic bomb dropped on Nagasaki and the resulting destruction of the city and the massacre of its people, we publish the message of EEK sent to the 58th International Antiwar Assembly held on 2nd of August in Japan by the Japan Revolutionary Communist League (Revolutionary Marxist Faction), the Antiwar Youth Committee and Zengakuren (All-Japan Federation of Students’ Self-Governing Associations).

The Workers Revolutionary Party-EEK of Greece salutes the 58th International Anti-War Assembly and joins our voice, our thought and our forces to your consistent struggle for an international mobilization against imperialist war, tyranny and mass poverty!

Particularly now, the “perfect storm” of an insoluble global capitalist depression and the coronavirus pandemic makes it more urgent than ever before to fight back and defeat the global capitalist system, which in its decay threatens now humanity and the natural environment with destruction of all life on the planet.

The terrible nuclear holocaust of Hiroshima and Nagashaki is a warning for all the oppressed and exploited peoples in the world. The US-China conflict as well as the imperialist war drive in the Middle East, in Eastern Mediterranean, in Africa and Latin America brings the Armageddon closer. But, from the other side, the mass popular rebellions in all Continents, from Lebanon to France and Chile, and especially, the rebellion in the center of global capitalism, the United States , shows that the international working class and the oppressed masses can defeat our common class enemy by revolutionary means.

Forward to an international anti-war class front against the warmongers of imperialism and against all the ruling classes!

For peace, bread and freedom- forward to the world socialist revolution!

on behalf of the Central Committee of the EEK