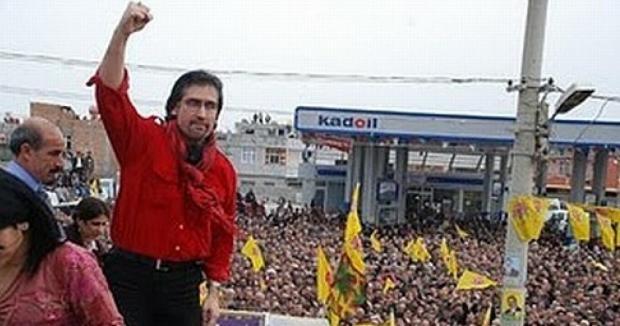 Parties, groups, left-wing publications, and Marxists from all around the world have been sending in messages of solidarity to Şiar Rişvanoğlu and the DIP (Revolutionary Workers Party) of which he is a member. We have already published messages from EEK (Greece), Campagne Unitaire pour la Libération de Georges Abdallah, Secours Rouge Arabe, Collectif Rouge Internationaliste (CRI), Comité d’Action et de Soutien aux Luttes du Peuple Marocain and Naila Wardi (France), the United Front Committee for a Labor Party (UFCLP, USA), the Russian Party of Communists (RPK), the United Communist Party (OKP), and the Association “Soviet Union”, (Russian Federation), Partido Obrero (Argentina), Eszmélet and Tamás Krausz (Hungary), Marxist Workers’ League (MTL, Finland), Proletarian Revolutionary Renaissance (France), Partido Obrero (Tendencia) (Argentina), the Tribuna Classista Group (Brazil). A successful petition has also been launched in Turkey itself and the process of collection of signatures is still going on. Here are some other brief messages from countries east and west.

We condemn the cowardly attack on our comrade Şiar Rişvanoğlu by the fascists. We declare our full support for Şiar Rişvaoğlu and the DIP (Revolutionary Workers Party), the party of the working class of Turkey. Never has the voice of freedom kept silent and never will it!

We just read the story of this brave lawyer, Şiar Rişvanoğlu. We are very worried about what happened to him and the ugly threats he receives. The economic and political system does not allow us to use many tools against it and all the injustices it creates. In times like ours, the lawyers who defend our labor and human rights are real heroes. Ilian and I want to express our comradely support for him. Despite all attempts to silence the voice of the workers and the powerless, we see hope for the future, thanks to people like Şiar Rişvanoğlu.

solidarity to the comrade Siar and dip for this coward assault!

fascist bandits are the executors, Erdogan the instigator!

Prospettiva Operaia comrades express the greatest militant solidarity to comrade Siar Rişvanoğlu and to the whole DIP (Revolutionary Workers' Party) for the reactionary heavy intimidations suffered at the hands of pro-Erdogan regime bandits.

The offices of Siar, militant of the DIP, and advocate for workers, Kurds and women’s rights, have been devastated. The message left by the bandits said: "If you continue to harass the security forces of our glorious State, many other things will be destroyed and lost. Watch your step, you hateful traitor"!

We are with Siar, the Turkish comrades, and the anti-Erdogan fighters!

I am writing to you though this is only my personal idea. Militant Japanese workers and students, as well as the JRCL, are fighting despite frequent acts of obstruction and threat from monarchist rightists mobilized by the imperialist state power. I wish that DIP comrades also keep fighting and advancing despite any form of repression by the state power.

We received the news of the attack on Comrade Shiar with great anger. We extend our full support to him and the rest of our comrades who are fighting on the right path and the right goal.

There will always be attacks on us (the socialists) because only we pose a real threat to the rotten capitalist system.

We greet you with a revolutionary international salute and hope you will persevere in the fight.

A group of socialists from Macedonia

We express our solidarity with the lawyer Siar Risvanoglu who works with dedication and commitment for all oppressed and repressed people in Turkey. The intimidation of such worthy people by the authorities shows its weakness. But our international solidarity is the strength that keeps us from never giving up.  Believing and fighting for social justice, we know that all the oppressed will be set free, and advocates like Siar Risvanoglu are heroes fighting for democracy, freedom, and equality.

1. Activists associated with Forum of Exchanging Opinions from Wrocław, Poland

A statement of solidarity with Şiar Rişvanoğlu from Ukrainian Marxist groups

We express our solidarity with Şiar Rişvanoğlu and support his struggle for the rights of workers and oppressed national minorities in Turkey. We know his situation very well because opposition forces in Ukraine regularly face the same problems: police prosecution composed of threats and violence from fascist gangs protected by the same police organs.